Almost millions get astonished when they saw a TikTok video shared by a mother in which the head of the baby is seen pulsating.  People were confused and frightened as to what they are watching and why the head was like that. Some were wondering if that was an abnormality or if it was normal. Many people seem to behave with no idea of what the soft spot in the skull of the baby is and why this is vulnerable. There is also the opinion of pediatricians that what is this soft spot and when it fuses together.

One of the viewers said that this is interesting, it would be better if someone never show me that again.

Another person said that this is why the hats for babies are present.

And some who are unaware of this want to poke the head.

So, in order to reach the bottom of the truth, Dr. Amna Hussain, MD, IBCLC Board Certified Paediatrician, and Lactation Consultant has been contacted. She is also the owner and then medical director of Pure Direct Paediatrics and has experience of seven years. 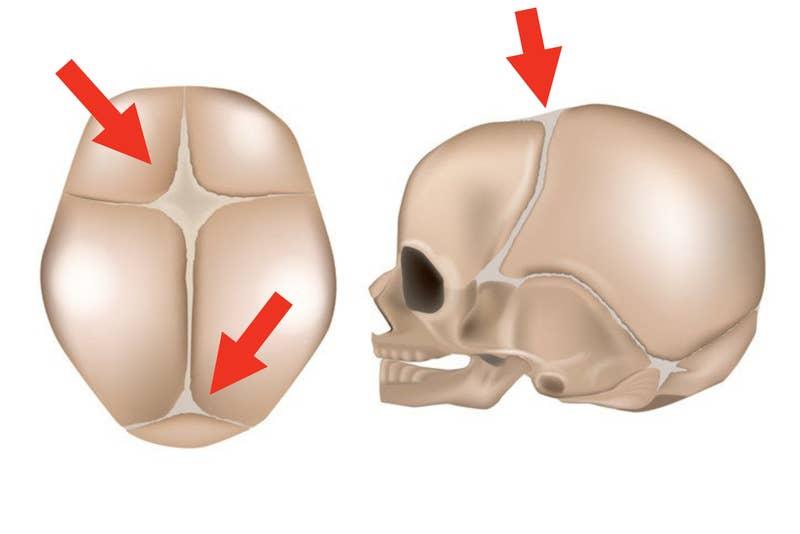 She further said that these fontanels make sure the brain and skull grow properly for an infant. Mostly,  the anterior ( front part)  fontanel closes in about two years and the posterior (back part) fuses together before two months of age.”

The fontanels also help in easy vaginal birth as skull bones get molded to pass the baby’s head through the birth canal. If there were no soft spaces between the skull bones of babies, they are more prone to injury during birth. People are not much aware of this soft space and do not understand whether it is normal or not.

When it comes to fontanels, the soft spot between skull bones, how much care people should be about this. According to Dr. Amna, you should be extremely careful in the first month of the baby. If someone tries to poke the area or apply any deep pressure, the chances of infection are high because the brain and meninges are under the area, the medical care is must when that area got infected or have any injury.” Do not touch the area and take care of your baby, especially in starting few months. People need to know that this is not to be poked, instead, they should understand what it is and when did it fuse together.

Are There Ways To Improve Brain Health?