The human brain is a complex organ that can be difficult to understand. How does it function? What are the best practices for maintaining healthy brain cells? We shall explore some of these questions and more. We’ll talk about what’s going on in your head, how to keep your brain healthy, and even some common misconceptions you might have about your brain.

In the recent study the neurotrophic benefits of glial cell line-derived neurotrophic factor (GDNF) against neuronal atrophy, which causes cognitive deficiencies in old age, were investigated. The rats’ cognition improved two weeks following gene transduction as a result of this neurotrophic impact.

Glial cell-derived neurotrophic factor (GDNF) is a protein that aids in the nourishment of neurons. It is necessary for learning and memory, and it may also aid in the treatment of brain injuries and mood problems, as well as enhance sperm production.

Continue reading to learn about the multiple functions of GDNF in health and sickness, as well as the various circumstances that promote its production.

The name “glial” comes from the Latin word “glue,” which refers to the fact that these cells are primarily responsible for holding neurons together.

These cells produce a unique chemical that aids in the nourishment of neurons: GDNF (Glial Cell Line-Derived Neurotrophic Factor) is a neurotrophic factor produced by glial cells. It has a role in a variety of key brain functions, particularly in areas of the brain where dopamine is the primary neurotransmitter.

Boster Bio has a Human GDNF Pre-Coated ELISA (Enzyme-Linked Immunosorbent Assay) kit is a solid-phase immunoassay specially designed to measure Human GDNF with a 96-well strip plate that is pre-coated with an antibody specific for GDNF.

How GNDF Promotes A Healthy Brain?

One of GDNF’s key functions as a “neurotrophic” molecule is to promote neurogenesis or the formation of new neurons. The length and quantity of serotonin neuron “axons,” the branching arms of neurons that transfer signals to other neurons, increased in rodent experiments.

It increases the number of dopamine neurons in cell experiments by boosting the rate at which dopamine is synthesized from the precursor tyrosine.

The addition of GDNF to rat retinal progenitor cells improved survival and mitochondrial function. This shows that it has a developmental protective impact on the visual system. In a cell study, neurturin (a neurotrophic protein related to GDNF) helped cells in the retina of the eye survive and heal after injury.

Some of the damage to dopamine neurons in Parkinson’s disease is caused by unstable chemicals (called “free radicals”) that destroy mitochondria (the cell’s “powerhouse”). GDNF enhances glutathione peroxidase (GPx), superoxide dismutase (SOD), and catalase, all of which contribute to avoiding oxidative stress.

GDNF helps nerve cells repair and survive all over the body. These healing benefits have been observed in both adult and young rats, implying that GDNF plays an important role in mammals’ development and adulthood. GDNF promotes nerve regeneration in the spinal cord.

GDNF boosted nerve survival after spinal cord damage in a rodent model by boosting myelination and facilitating the formation of new neural connections.

For adequate brain function, myelination is required. It is one of the key physical processes that enable learning and can boost intelligence. Finally, GDNF protects neurons against injury-induced cell death. BCL2, an essential protein that inhibits cell death, was elevated in rats by GDNF.

How To Improve Your GNDF Levels?

GDNF levels are a sign of good mental wellness. If there are no symptoms or if your doctor tells you not to worry about it, low or high levels don’t necessarily signal a problem. Improving your GDNF levels does not guarantee better brain health.

Brain-supporting treatments may also help to raise GDNF levels. Despite the positive preliminary findings, more large-scale research is required. Before making any big changes to your daily activities, consult with your doctor. 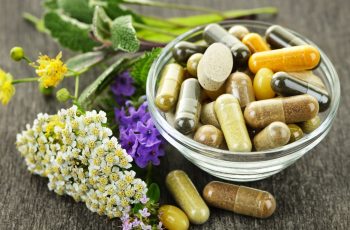 Have you ever tried to bring a natural health product … 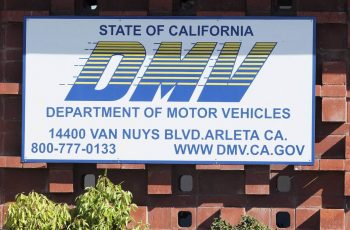 We all know how annoying it can be to go …